A little over half the work being done in the Schmuttenmaer group is explicitly time-resolved, and is often referred to as time-resolved THz spectroscopy (TRTS).  An optical pulse photoexcites a sample, and changes in its far-IR optical properties are probed by a THz pulse at varying times after photoexcitation.  We can investigate changes on time scales ranging from 100 femtoseconds to nearly 2 nanosecond.  We also perform time-resolved THz emission experiments wherein the sample itself generates a THz pulse upon photoexcitation rather than probing it with a secondary pulse.  The shape of the emitted pulse provides information on the timescale and dynamics of the change in electric or magnetic polarization of the sample.

The remainder of our effort involves non-time-resolved work using a technique known as THz time-domain spectroscopy, or THz-TDS.  This allows us to make measurements in a traditionally underrepresented region of the electromagnetic spectrum from about 5 to 120 cm-1.  Since the advent of THz spectroscopy roughly 20 years ago, there has been a general renaissance in far-IR spectroscopy due to the relative ease in setting up the apparatus.

Please click on one of the following techniques bellow to learn more about them. 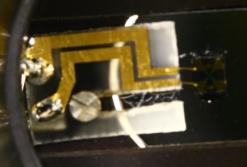 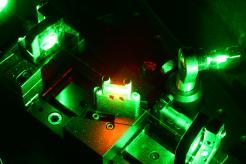 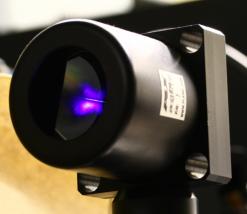 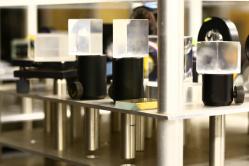 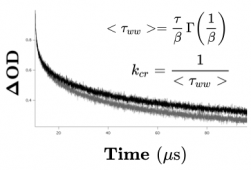