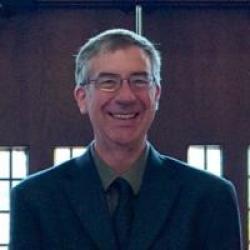 Charles A. Schmuttenmaer was born in Oak Park, Illinois in the USA.  He received a B.S. degree in chemistry from the University of Illinois, Urbana-Champaign in 1985, and a Ph.D. degree in chemistry from the University of California, Berkeley in 1991.  He was a Postdoctoral Fellow at the University of Rochester.  In 1994, he joined Yale University in New Haven, Connecticut, where he is currently a Professor of Chemistry.  He is a pioneer in development and applications of terahertz (THz) spectroscopy.  Prof. Schmuttenmaer is a member of the American Chemical Society, the American Physical Society, the Royal Society of Chemistry, and the American Association for the Advancement of Science.  He was inducted as a Fellow of the AAAS in 2015, a Fellow of the APS in 2016, and a Fellow of the RSC in 2019.

His current research interests include novel applications of time-resolved THz spectroscopy (TRTS) and THz time-domain spectroscopy (THz-TDS).  In particular, he has exploited the unique features of TRTS to characterize the efficiency of electron injection in dye-sensitized photoelectrochemical cells (DSPECs), as well as transient photoconductivity in semiconductors, quantum dots, nanoparticles, and nanotubes.  He is a founding member of the Yale Green Energy Consortium.  A second major research area involves THz-TDS coupled with high level ab initio quantum chemical calculations to probe and understand the low-frequency collective vibrational modes in organic molecular crystals.  A primary goal is to experimentally measure and theoretically compute the optical activity of these low-frequency modes.